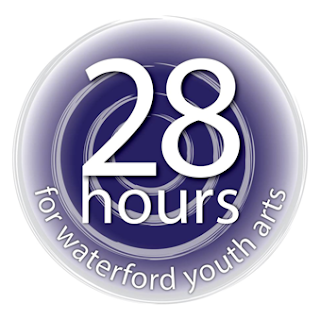 On the 21st of January Waterford Youth Arts are having a major fundraiser in Garter lane Theatre.
Over 80 local adult theatre actors, directors, writers and crew alongside local musicians, filmmakers, poets and dancers will get together to create new performing arts for WYA.


The event kicks off on the 20th at 4pm with all the artists gathering in various locations in the city with a blank piece of paper and then it all culminates 28 hours later in Garter lane Theatre at 8pm on Saturday the 21st with new short drama pieces, films, dance and music.